At center-stage at Menelik Square in Addis Ababa, capital of Ethiopia, sits the monument of a horse leaning hard on its hindlegs and facing northward toward the Mediterranean Sea and Europe. According to oral tradition, Aba Dagnew is the name of this noble creature and companion of warriors and rulers. The inscription on this monument reads: “It is not greatness to come from a prominent family but it is triumphant to contribute to something valuable to the Motherland”. Sitting astride Aba Dagnew is none other than Emperor Menelik II of Ethiopia, immortal and heroic leader of Ethiopia’s victory over Italy at the Battle of Adwa. Of all the battles fought by Africans and their descendants against imperialism, why should this Battle of Adwa and the figure of Menelik II continue to inspire?

Picture this: From November 1883 to March 1884, the most important European nations sat and divided up Africa at a conference in Berlin, almost as if the continent was a wedding cake. Italy graciously received Ethiopia as its slice to divide, conquer and civilize as it chose. Four years later, in 1889, Italian and Ethiopian senior government officials signed the Wushale treaty that would gradually reduce Ethiopia’s ability to control and manage its own affairs. This treaty was the most important step toward the eventual and complete colonization of Ethiopia. Emperor Menelik II decided to throw the gauntlet: Italy might have designs to rule over Ethiopia but it will not be without a fight. In response, the Italian political and military leadership decides to teach Ethiopia a lesson.

Right after Christmas of 1895, Italy began assembling a highly-trained, handsomely-paid and well-trained invading force under the command of its most brilliant field generals: Generals Albertone, Dabormida and Baratieri. By early March 1896, the expeditionary force was ready to strike at its prime target, Adwa. The city of Adwa was the most important and prosperous market town in northern Ethiopia. Unleashing four battalions of soldiers and counting on sixty heavy guns and artillery pieces, Ethiopia would be quickly suffocated economically into submission. Italian forces moved to capture the most important access roads and all back roads leading into and out of Adwa on March 1st 1896. The unexpected was to happen at this battle.

By day’s end on March 2nd 1896 at least 3,000 Italian soldiers had lost their lives and an Ethiopian army that could count only on outdated weapons and the will of its citizens to lay down their lives for their motherland was singing victory songs. More importantly, Italy’s dream of ever becoming a relevant imperial power in African had turned into a nightmare. News of this humiliation reached “the outside” world two days later on March 4th 1896. The New York Times ran the following headline on its front page: “Italy’s Terrible Defeat”. The story detailed the massive resignation of the entire Italian ministry of defense and top policy makers in the office of the prime minister. Even General Baratieri, the strategist and tactician of the invasion committed suicide because he could not stand the thought of returning to Italy following this lesson at the hands of a people whose will had overpowered and dealt the first military defeat of the new Italian nation.

Adwa is sacred ground for all of Africa, not just Ethiopia. And Menelik II symbolizes the unconquerable spirit of all those leaders and their nameless descendants –on both sides of the Atlantic– who dared to brave the odds against dehumanization, slavery and imperialism. The man on horseback at Menelik Square in Addis Ababa might as well be Toussaint L’Ouverture, Yaa Asante, Prempeh I, Samori Toure, Maurice Bishop and all those whose names and sacrifices may never grace any popular history books.

The pan-African importance of Adwa and Menelik II is not lost on the Ethiopian people. In 2017 the Pan-African University was opened at Adwa, an enduring symbol and source of pride for all Africans and their descendants. The Ethiopia that defeated Italy was a cosmopolitan society whose citizens spoke different languages, followed different religious traditions, and belonged to different ethnic groups.

If you have ever wondered about what Adwa means to Ethiopia, take a moment to consider the following landmarks in the recent history of Ethiopia. Currently only one out of every four Ethiopians has access to electricity; in the next twenty years, however, the country expects to export US$1bn worth of energy to others countries in The Horn of Africa. And this is not just a dream; work is proceeding as we speak. In 2000 Ethiopia was the 3rd poorest country on the planet with 50% of its citizens living in poverty. Fast forward to 2017. Ethiopia is the fastest growing population in the world with only 30 percent living in poverty. Of the world’s ten fastest economies in the world, three are African (Ethiopia, Rwanda and Angola). Ethiopia Airlines is the largest on the continent and its reputation should be a source of dignity for all Africans. Between the late 1970s and now, the country that went through two famines, civil wars and unrest, a bloody dictatorship, a secession of one of its key provinces and the exodus of at least five million of its citizens. And yet, Ethiopia has managed to stand tall.

Menelik and Adwa should continue to inspire Pan-Africanists everywhere. Africa and Africans can and will survive! 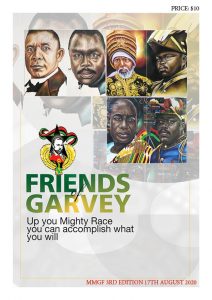